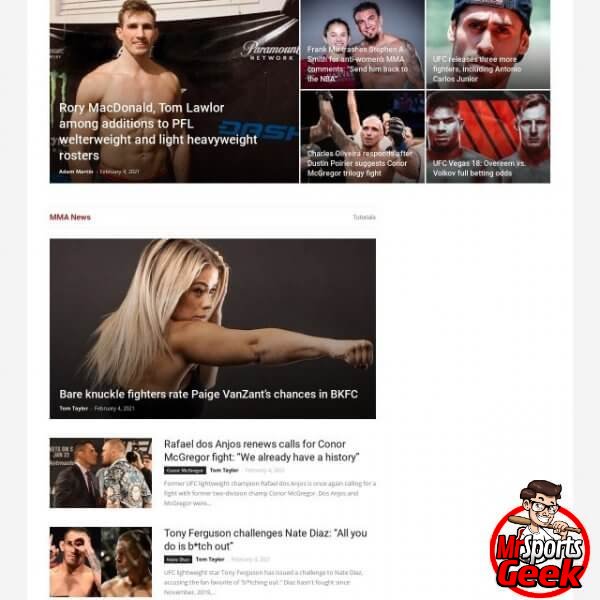 An MMA media website named after an MMA legend, BJ "The Prodigy" Penn, one of the most naturally gifted fighters to have ever set foot in the octagon. What started out as a website promoting everything revolving around the Hawaii native, BJPenn.com has turned into a relevant MMA media news source providing us with the hottest topics in the world of MMA today.

The tutorial tab takes you to several videos, Most notable is "BJJ with BJ", from none other then the man himself, Mr. BJ Penn. (The nickname Prodigy derived from BJ's early days in BJJ, where he earned himself a black belt only after 3 years in the sport), so any tip from "The Prodigy" is worth listening to. The Tutorial tab also enlists tips in other fields of fighting, from other prominent figures in MMA, which interestingly enough is a very educational feature from a website that's been around for more than a decade.

I distinctly remember when BJ Penn's fight shorts with were the most coveted in the game, along with his walkout fight shirt and gi. This online store allows you to purchase fight gear, exclusively from BJ's brand.

Probably one of the best looking websites, in my opinion. A bit different from some of the other MMA websites we have on our illustrious list. It's very insightful, and has a lot to offer. One of the few websites that continues to function independently, and is heavily supported by the MMA community.

MrSportsGeek Cons for BJ Penn
If you don't like BJ Penn, this site isn't for you
No boards/forums 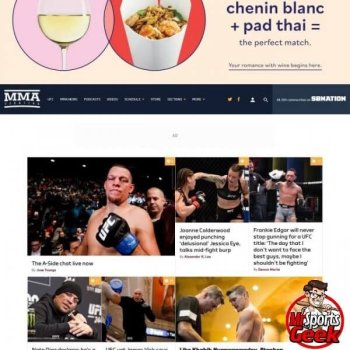 MMAFighting.com is the #1 leading website covering the sport of mixed martial arts. Founded in 2001, by Ray Hui, a New York based blogger. MMAFighting.com has easily become...
2. Bloody Elbow 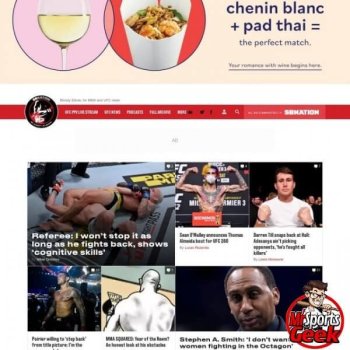 .BloodyElbow has long been in the forefront of MMA websites. Around for nearly a decade, this MMA media news outlet focuses on reporting up to date news on everything Combat...
3. MMA Junkie 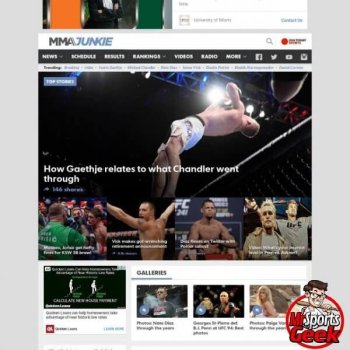 An MMA website created by Editor-in-Chief, Dan Stupp in 2006. More than 10 years later Dan has evolved his media site into an MMA news source providing us with the everything...
4. Sherdog 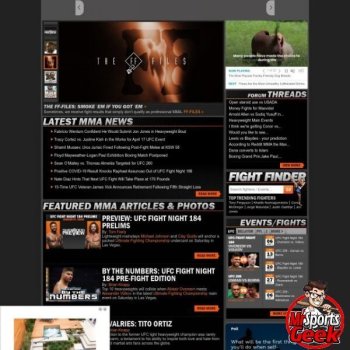 Sherdog.com is one of the pioneers of Combat Sports media. A website started by photographer Jeff Sherwood, in 1997, during the early days of Mixed Martial Arts, when Tito...
5. MMA Mania 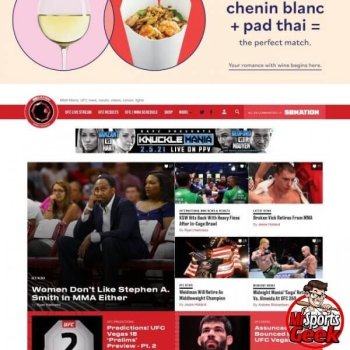 MMA Mania is one of the best websites out there when it comes to UFC and MMA. When I first entered this website, I was quite impressed by the continuous updates that they...
6. Mixed Martial Arts 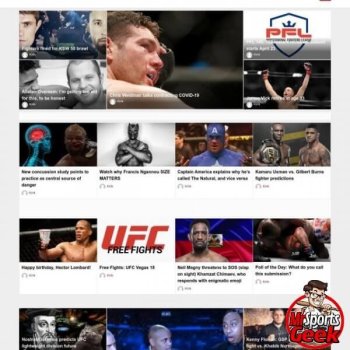 Mixed martial arts is definitely a website that looks different when compared to other MMA websites. It offers some things that not many other websites have even tried...
7. MMA Weekly 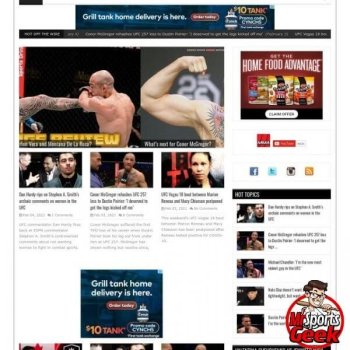 Back in MMA's days on the come up, there were very few Mixed Martial Arts websites that stood their ground. MMAWEEKLY.com, has been around for more than a decade, and has...
8. MMA News 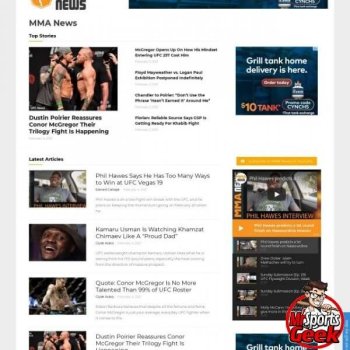 MMA News is a website that has everything that a fan wants. For starters let’s look at the design of the website, it looks pretty neat and articles are arranged wonderfully....
9. LowKick MMA 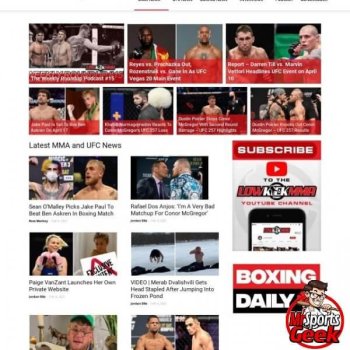 Lowkickmma has to be one of the best MMA websites out there. The quality level that it offers is just astounding. I absolutely loved the desing of this website. The black...
View all Best MMA News & Blogs Sites