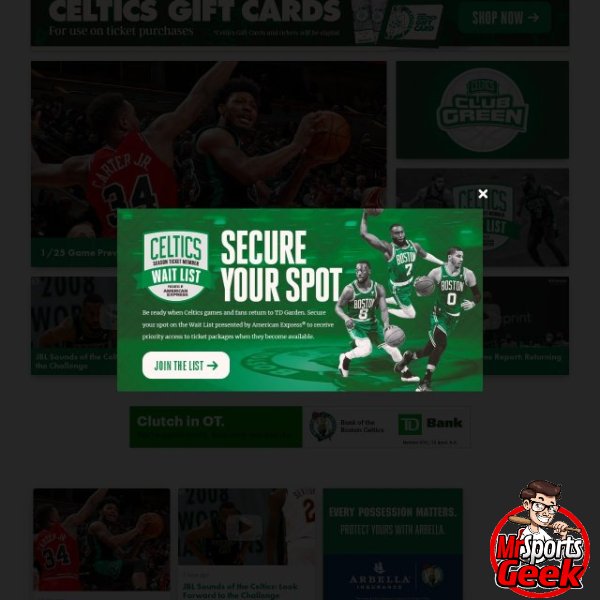 Boston Celtics are the franchise with the most NBA titles, 17 to be more exact. It is storied franchise that many NBA players would love to play for in a heartbeat. Celtics have always managed to attract some players that have either turned out to be Hall of Famers or basketball GOATs. Starting from the legendary Bill Russell to now Kyrie Irving, it will always be a favorite destination among free agents.

The Boston Celtics dominated the later part of the ’50s and in the ‘60s, as they won nine titles out of the possible ten. That sort of domination was never repeated in the NBA. However, the part where many recent fans still remember is the ’80s where Larry Bird managed to show the world that he will always be remembered as one of the best. After Bird, the franchise went down into a slump and couldn’t find their former glory for more than two decades when the super-four of Garnett, Pierce, Allen, and Rondo managed to win a title in 2008.

During the era of these players, they also managed to reach the NBA finals in 2010 but only to be defeated by the Lakers. They have been a thorn in the side of many teams since, but have yet to win another title.

Most notable players who have played for the Celtics in and the past and present times; Boby Cousy, Bill Russell, Larry Bird, Paul Pierce, Kevin Garnett, Rajon Rondo and current players such as Kyrie Irving and Jayson Tatum.

Atlanta Hawks, the home of 4 cities before finally settling in Atlanta. Hawks are known for being the team of Bob Petit and later Dominique Wilkins. While this franchise...
2. Brooklyn Nets

The team was initially founded in New Jersey and it was called the New Jersey Americans. Julius “Dr.J” Erving has led the team to two ABA Championships and...
3. Charlotte Hornets

The Charlotte Hornets are a team based North Carolina, playing in the Eastern Conference. The franchise was first established back in 1988 when the NBA decided to expand....
4. Chicago Bulls

The case for the Bulls being one of the most known franchises in the world at one point can be led directly to one player, one of the best to grace the floor, none other...
5. Cleveland Cavaliers