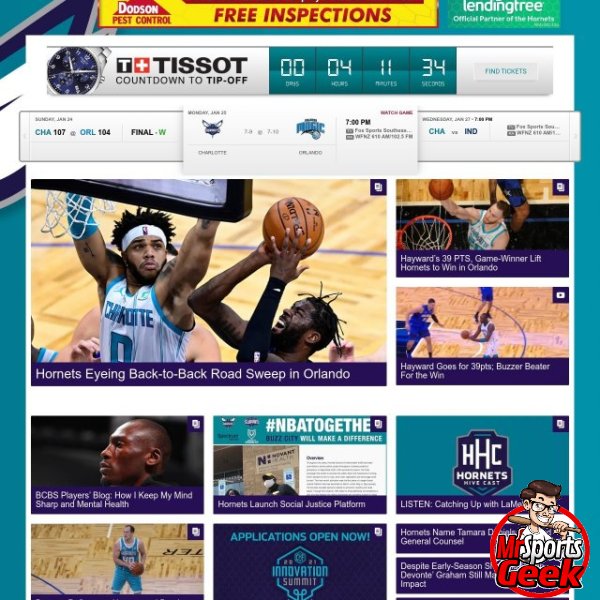 The Charlotte Hornets are a team based North Carolina, playing in the Eastern Conference. The franchise was first established back in 1988 when the NBA decided to expand. During it's inception year, they struggled as a team, but that didn't stop the fans from filling up the seats. They didn't start seeing any success until they had drafted both Larry Johnson and Alonzo Mourning, and in 1992 they managed to secure their first postseason appearance.

While the duo of Johnson and Mourning was successful, it didn't manage to do any real damage so they traded Mourning for Glen Rice in 1995. However, every Hornets fan will look at the 1996 Draft with a sense of sadness and wonder, because they had traded their draft pick for the center Vlade Divac, that pick was Kobe Bryant.

In 2010, Michael Jordan acquired the franchise and despite his qualities as a player, his managerial skills have left a lot to be desired. However, not everything is doom and gloom since Kemba Walker is becoming a bona fide star that can help this franchise reach new levels.

The team was initially founded in New Jersey and it was called the New Jersey Americans. Julius “Dr.J” Erving has led the team to two ABA Championships and...
4. Chicago Bulls

The case for the Bulls being one of the most known franchises in the world at one point can be led directly to one player, one of the best to grace the floor, none other...
5. Cleveland Cavaliers