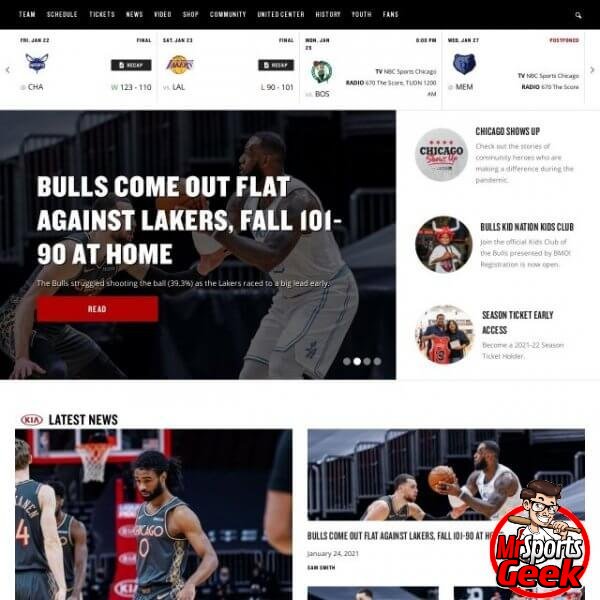 The case for the Bulls being one of the most known franchises in the world at one point can be led directly to one player, one of the best to grace the floor, none other than Michael Jordan. The Chicago Bulls enterered the league in 1966, while it had some initial success, reaching the Conference finals, it failed to win a championship.

The franchise struck gold, as well as the league, when the Bulls picked Michael Jordan with the 3rd pick in the 1984 Draft. The first few years were a struggle for the Bulls to do any real damage but in the 1990-91 season, with a lineup lead by Michael Jordan, Scottie Pippen and Phil Jackson coaching, the team won 6 championships in a span of 8 years. In those two seasons in between where they didn't win a championship, Jordan was temporarily retired.

After the end of the Jordan-Pippen dynasty ended, Bulls went through a very tough period, until 2008 where with the number 1 Draft pick they selected Derrick Rose. These were good times for the franchise and in 2011 they reached the Conference finals for the first time since Jordan. The injuries of Derrick Rose made the front office give up on the core and at the moment they are in rebuilding mode.

The Charlotte Hornets are a team based North Carolina, playing in the Eastern Conference. The franchise was first established back in 1988 when the NBA decided to expand....
5. Cleveland Cavaliers