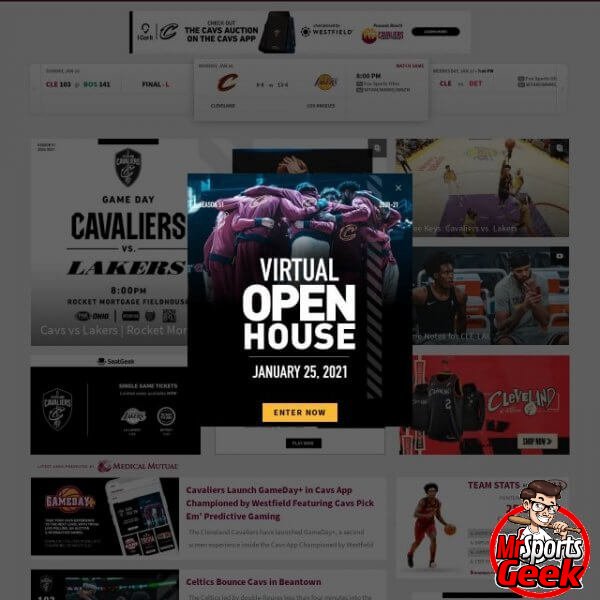 Based in Cleveland, Ohio, the Cleveland Cavaliers was founded in 1970 and in that decade they had mixed success, reaching the Conference Finals in 1975-76 and the first round twice. The next two decades were also marked as a period of relative success. However, things changed drastically when they drafted a local kid that goes by the name of LeBron James.

The Cavaliers struck gold by drafting it's franchise player and local kid, LeBron James. A lot of expectations were built during Jame's early years and he quickly transformed the team into a successful team, built around a mediocre cast of players. During James first stint with the franchise, he managed to lead the team to the NBA finals once, where they got swept by the Spurs and multiple times to the Conference finals and semifinals. Tired of increased pressure of reaching the finals but never winning a ring, James surprsinngly left the Cavaliers and headed south for Miami. It was then, the Cavalier struck gold in the lottery again and drafted Kyrie Irving.

With James winning mutliple titles during his Miami Heat stint, he eventually opted to become a free agent and joined the Cavaliers again. On his second stint with the team, he came back motivated to do what he couldn't before, winning the championship. Cavs won it all in the 2015-16 season, by managing to make one of the best comebacks of all time, after being down 3 games to 1, they won the next three games to secure the first title.

The case for the Bulls being one of the most known franchises in the world at one point can be led directly to one player, one of the best to grace the floor, none other...
6. Denver Nuggets