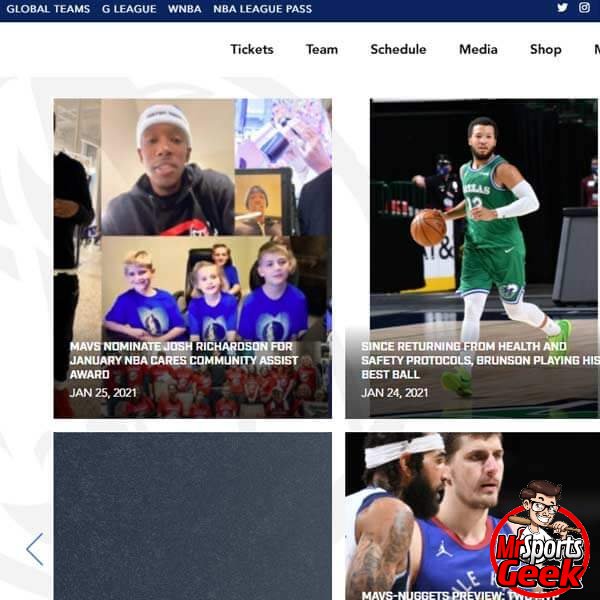 One of the 3 NBA franchises located in Texas. The Dallas Mavericks formed and entered the NBA in 1980. During the 80's they had mixed success, having taste early success and late in the 80's but couldn't eventually get passed the Western Confrence powerhouse Lakers.

Things started steadily improving with the arrival of Jason Kidd in 1994 and teaming up with Jamal Mashburn and Jim Jackson where they started playing better basketball. However, in the 1996-97 season, he was traded to the Phoenix Suns for Michael Finley, a player that would become a very important player for many upcoming seasons. In 1998, the duo of Dirk Nowitzki and Steve Nash started to entertain NBA fans all around the world with their fast-paced basketball.

In 2006, Nowitzki led the team to the NBA finals, where they had a lead of two games to zero but still managed to have it snatched away by the Miami Heat. It wasn't until the 2010-11 season, where the Mavs had an outstanding team that consisted of Nowitzki, Kidd, and Chandler. In the finals, they faced their old nemesis, the Miami Heat, but this time they made sure that the NBA title would be going to Texas.

After dismantling the core that won them the championship, Mavs are in rebuilding mode and have drafted one of the best rookies we've seen in a decade, Luka Doncic, who is continuing to dazzle everyone with his skills.