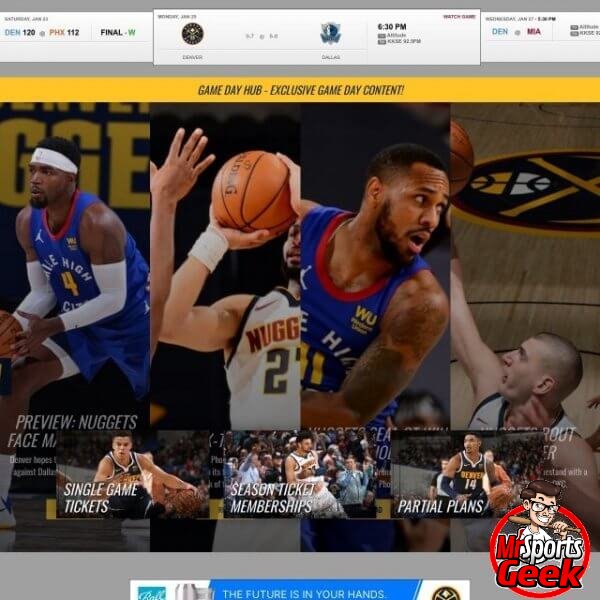 The Denver Nuggets is a franchise located in Denver, Colorado. An interesting fact about the Nuggets is that they used to have two different names, Denver Larks, and then Denver Rockets, before finally changing it to Denver Nuggets in 1974. They first were a part of the ABA league before joining the NBA in 1976.

The 1980s were a bright period for the Nuggets since they had players like Alex English and Kiki Vandeweghe that were offensive monsters and helped propel the team to new heights. During the era of Alex English, the team managed to reach the Western Conference Finals twice but didn't manage to pass that threshold and despite some changes made in the roster they didn't have enough firepower to make it to the NBA Finals.

New hope was given when George Karl took the reins of the team and in that season they drafted an immediate franchise player Carmelo Anthony with the third pick. During the ten years that Karl had the team under his command, they managed to impress the league by taking numerous trips to the playoffs. However, their most successful playoff appearance was made in 2009, where they reached the Western Conference Finals, but was ultimately defeated by the Los Angeles Lakers in six games. The future of the franchise looks bright as they are playing wonderful basketball lead by their youngEuropean sensation, Nikola Jokic.

Based in Cleveland, Ohio, the Cleveland Cavaliers was founded in 1970 and in that decade they had mixed success, reaching the Conference Finals in 1975-76 and the first...
7. Detroit Pistons