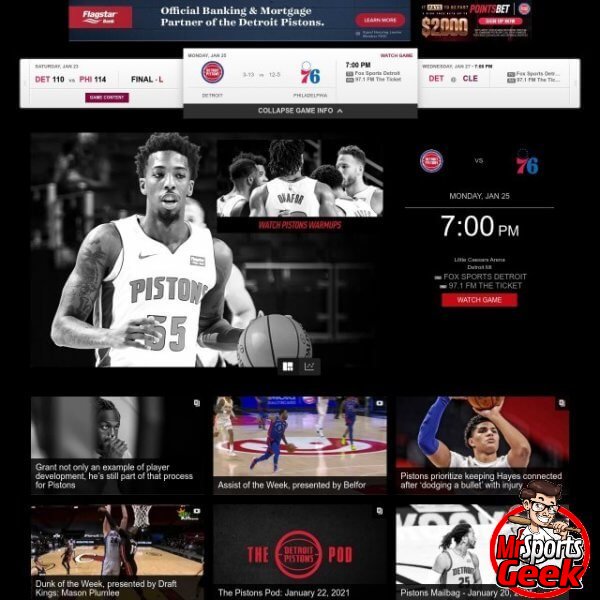 Based in Detroit, Michigan, the Pistons are a three-time NBA champion franchise and home to many Hall of Famers. Founded in 1941, they were a mediocre franchise that had struggled for many decades, until they drafted their franchise player in Isiah Thomas in 1981. In consecutive years, 1985 and 1986 the team rafted Joe Dumars and Dennis Rodman, which eventualloy would lead to the the beginning of the "Bad Boys" era, which compromised of team players that were defensive minded, physical and dirty.

The "Bad Boys" era, would forever become a part of NBA history, as their style of play represented everything about the 80's and 90's basketball. After decades of futility, the Pistons had finally assembled a group of solid players, focused on defense and lead by Isiah Thomas. In 1988, with it's first finals appearance in 32 years, the Pistons went head to head with the Los Angeles Lakers, eventually losing in 7 games. One year later, the team avenged it's finals lost, defeating the Lakers in a finals rematch. The Pistons would compete again in the finals the following year and succesfully defend it's title to win back to back championships(1989-1990).

The Pistons went through a rebuild period in the mid 90's, with a young Grant Hill leading the team. A similar championship run came to form in the early 2000's as the Pistons, once again relied on solid draft picks and great free agent signings. From 2003 to 2008, the Pistons had a team that closely resembled the Bad Boys era team. Focused on a strong defensive unit, the team achieved 6 consecutive Eastern Finals, while finally winning the Championship in 2004, defeating the powerhouse Los Angeles Lakers.

The Denver Nuggets is a franchise located in Denver, Colorado. An interesting fact about the Nuggets is that they used to have two different names, Denver Larks, and then...
8. Golden State Warriors