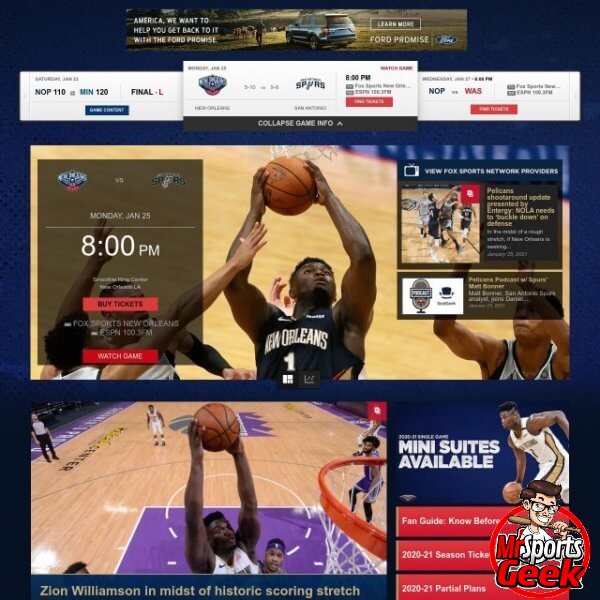 The New Orleans Pelicans are a relatively young franchise, joining the league as the New Orleans Hornets in 2002 when the team relocated to New Orleans. The team would eventually become the Pelicans in 2013. As with most expansion teams, the Pelicans struggled during their first few years until they finally drafted their future superstar in Chris Paul in 2005. With a young flloor general in Chris Paul, the team became a playoff contender, reaching the playoffs multiple times and even managed to reach the Western Conference Finals.

Before the 2011 season, Chris Paul requsted to be traded from New Orleans and the team had to go through the rebuilding process once again. Things would change for the better in 2012, when the team struck draft gold with the first pick, choosing Anthony Davis as their next franchise savior. The Pelicans, with all it's hope and future riding in Davis, made the playoffs in 2015, but eventually lost to the Golden State Warriors. Despite having a superstar in Davis and surrounding him with an all star in Jrue Holiday and later acquiring DeMarcus Cousins, the Pelicans couldn't get past their the better teams in the playoffs which eventually led to the team breaking the core.

Currently, the Pelicans are in rebuild mode with a Cousins leaving the team as a free agent and Davis requesting a trade mid season in 2018. The future doesn't look bright for the franchise, as another rebuilding phase seems to be on the horizon for the new few seasons.