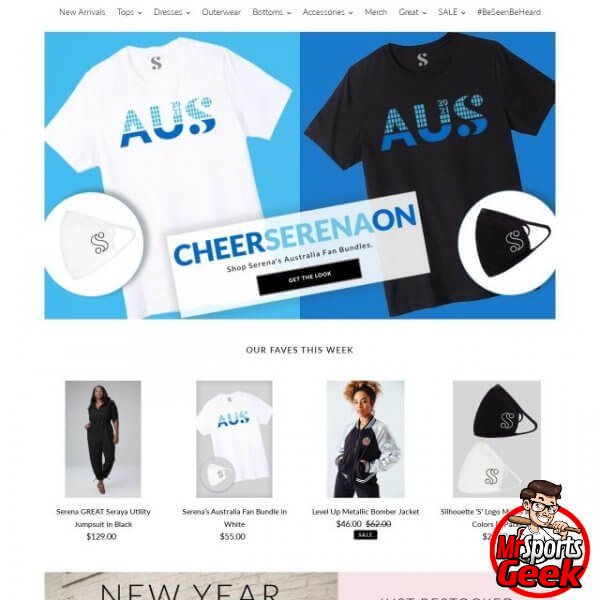 Serena Williams can be considered one of the best if not the best in women’s tennis. In her illustrious career, she has won all the 4 major grand slams. She has won the Australian Open 7 times, the French Open 3 times, Wimbledon 7 times and US Open 6 times. Throughout her singles career, she has won 801 matches and only lost 136, which translates to 85.49 percent win percentage! She is considered as a player that has crossed the boundaries of tennis since she is known worldwide like she was Michael Jordan or Lionel Messi. The fact that she still continues to play at such a high level despite being 37-years-old is just amazing. It seems that she refuses to age and everyone still fears her on the court.

She is also the sister of Venus Williams, who is also a tennis great. Throughout the years the two sisters have created a rivalry. While she is a dominant tennis player, it seems that she is also a business-savvy woman that has managed to create an affordable women’s clothing line. SerenaWilliams.com has a simple style look, similar to many e-commerce clothing store online. It's simple style and look, doesn't stand out much and offers very little to Serena's personal and athletic background.

It's clear, her website is geared towards focusing on her women's fashion clothing line, it would have been great to have included more personal info in regards to her upbringing or any info about her athletic career would have been great. Serena has been at the forefront of a major change in Tennis popularity over the years and it's disappointing none was included on her website.

In closing, if you're about supporting Serena William's clothing line, then you have the ability to do so on her website, but if you're fan looking for more such as life information, career accolades, this website isn't for you.

MrSportsGeek Pros for Serena Williams
Simple, straight to the point
Many options for sizes and color

David Beckham is a former professional soccer player, that has had an illustrious career. He played for teams like Manchester United, Real Madrid, A.C. Milan etc. and has...
8. Roger Federer