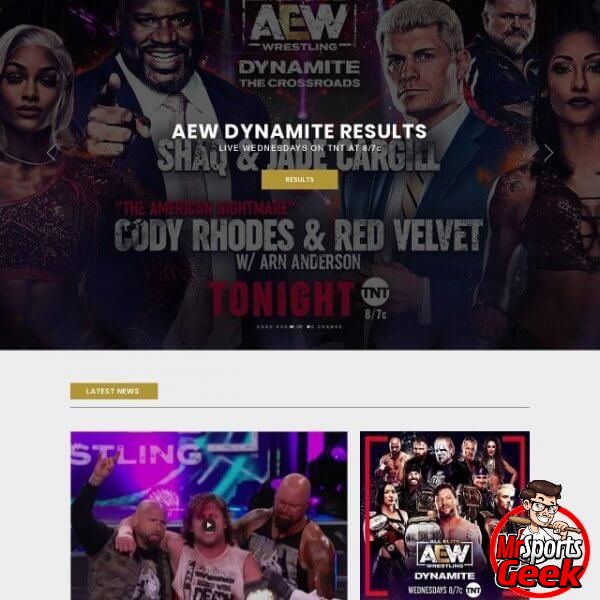 AEW.com is the official website of All Elite Wrestling (AEW), an American professional wrestling promotion based in Jacksonville, Florida. AEW was founded in 2019 by Tony Khan, the son of Pakistani-American businessman Shahid Khan, who also owns the NFL's Jacksonville Jaguars.

AEW.com features a range of content, including live and archived videos of AEW's programming, news articles about the promotion and its wrestlers, and information about upcoming events and tickets. The website also has a section dedicated to AEW's Shop, where fans can purchase merchandise such as t-shirts, hats, and action figures.

In addition to its live events, AEW produces a number of original television shows, including Dynamite, which airs on the TNT network in the United States. AEW also has a presence on social media platforms such as Twitter, Facebook, and Instagram, where it regularly posts updates about its events and wrestlers.

AEW has a roster of wrestlers and performers, known as "elite," who are trained at the AEW Dojo in Norcross, Georgia. Some of the most well-known AEW wrestlers include Chris Jericho, Jon Moxley, and the Young Bucks. AEW differentiates itself from other wrestling promotions by featuring a mix of established wrestlers and up-and-coming talent, and by emphasizing in-ring action and storytelling. 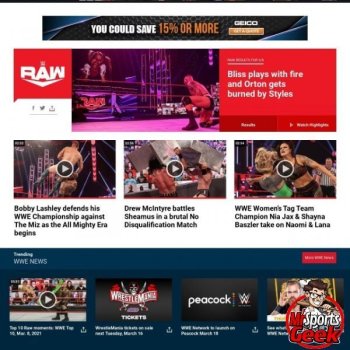 WWE.com is the official website of World Wrestling Entertainment (WWE), an American professional wrestling company based in Stamford, Connecticut. WWE is one of the largest...
2. Impact Wrestling 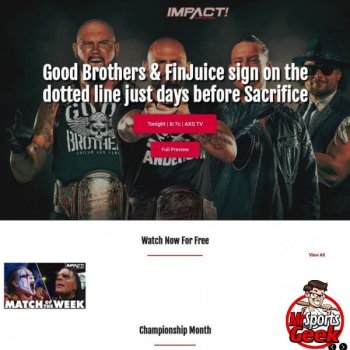 ImpactWrestling.com is the official website of Impact Wrestling, a professional wrestling promotion based in Nashville, Tennessee. Impact Wrestling was formerly known as...
3. ROH Wrestling 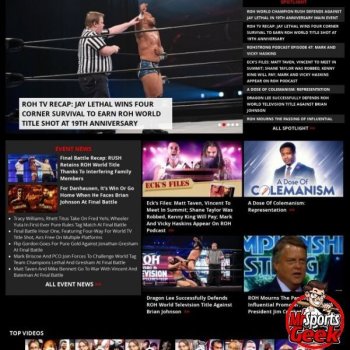 Ring of Honor (ROH) is an American professional wrestling promotion founded in 2002 by Cary Silkin. It is based in Baltimore, Maryland and is known for its focus on traditional...
View all Top Wrestling Sites