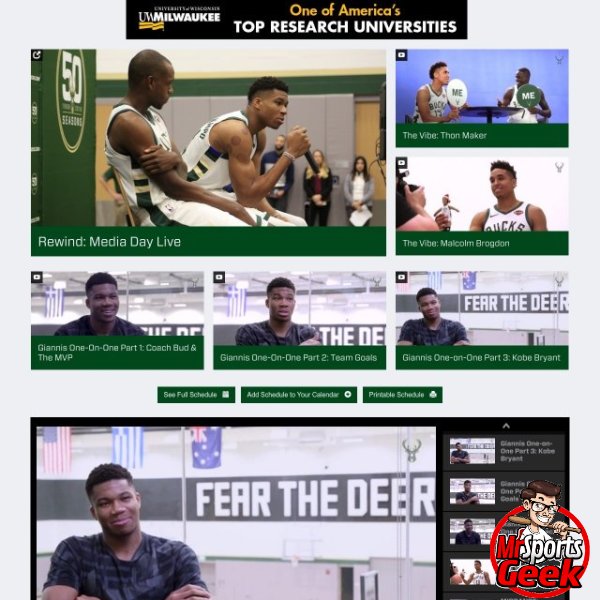 The story for the Milwaukee Bucks begins in 1968. Just like many other teams that joined the NBA as expansion teams, they struggled mightily in their first year. This bad season turned to work perfectly for the Bucks since the next year they got the first Draft pick and with that pick, they signed Lew Alcindor (Kareem Abdul-Jabbar). During his rookie season, he was already performed like a seasoned veteran and helped his team go all the way to the Eastern Conference Finals.

The following season proved to be even better for the Bucks since they acquired via a trade, the legendary Oscar "Big O" Robertson and during that season they stomped everything in their way. They had 66 wins and only 16 losses in the regular season, while in the playoffs they went 12-2, winning the Franchise first NBA Title. During the Kareem Abdul-Jabbar era, they went to the NBA Finals once again, but they couldn't defeat the Boston Celtics. In 1976 Kareem demanded a trade and would eventually land with the Lakers, but the team remained competitive for another decade until the 90's where they struggled mightily.

Currently, the Milwaukee Bucks are contending team in the East and have been for the last few years. With a young superstar in Giannis Antetokounmpo and a great supporting cast behind him, the team has a bright future, but will have to remain competitive in the following years and in order to keep the superstar in town.