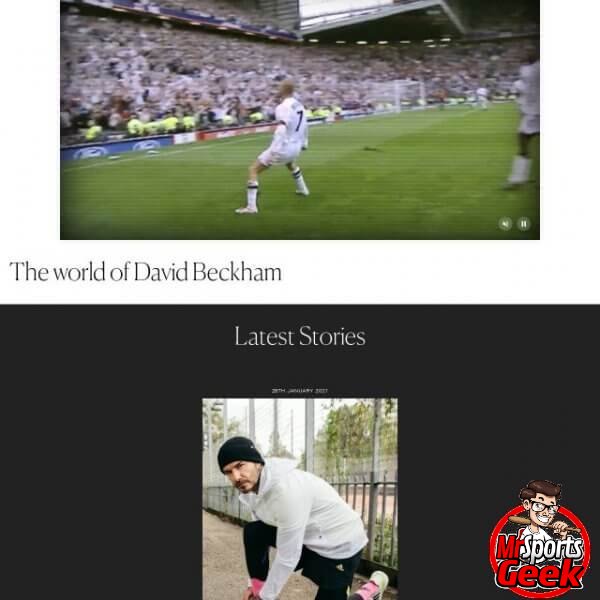 David Beckham is a former professional soccer player, that has had an illustrious career. He played for teams like Manchester United, Real Madrid, A.C. Milan etc. and has shown his amazing ability to cross and shoot free kicks. He started his professional career with Manchester United back in 1992 and played there until 2003. In 2003 he was traded to the Spanish giant, Reals Madrid. He played there for 4 seasons. He then decided to sign with the LA Galaxy where he would spend the next 5 seasons (2 of those seasons he was loaned to A.C. Milan). He spent the last season of his career playing for Paris Saint-Germain in 2013, and after that season he decided to retire.

David Beckham has been always in the spotlight. Besides being a great soccer player, he was famous for his good looks and also for marrying the former Spice Girl, Victoria Beckham. The greatest thing about him was that he used this fame to help people across the world. He has been a UNICEF goodwill ambassador since 2005.

When we enter his website, it looks pretty simple because it is just pictures of him in the background switching after a couple of seconds. You can’t scroll the page and the options are very limited. There are the Facebook, Instagram and Weibo tabs that lead you to his accounts on these websites and there is also the "7" tab which leads you directly to the David Beckham UNICEF Fund. In that website, you can see some general information about the fund and what it does. It’s very cool to see the results of his charitable work, but on the other hand, I definitely expected more from his website and not just 3 tabs that lead you to his social media and another tab that leads you to his UNICEF fund.

I don’t know if he didn’t want to make a website where he also would be able to show more about his career as a professional soccer player or his modeling career, but this website definitely feels empty and I believe that he can add more content to it and he should add more content in order to make it more appealing. While I respect the work that he does as a philanthropist, I can’t respect the work that it has been done on this website. It definitely looks more of a look book rather than a website celebrating Beckham's career.

Colin Kaepernick is a former NFL player that played for the San Francisco 49ers from 2011 to 2016. However, he is most known for taking a knee during national anthems as...
7. Serena Williams